Welcome back everyone! This is the first blog on this website so it’s going to be pretty rough. But you may have already seen my review of these two phones, but in case you want a written review, here you go!

First off, let’s hit on the price, below are the available prices of both of these phones, the Pixel 4a price will be updated whenever it is available to the public (August 20), but it will cost $350, compared to the Samsung Galaxy S10e price:

Starting off with the display, the Samsung Galaxy S10e has a 5.8 inch Dynamic OLED display, technically smaller than the Pixel 4a’s panel, but still a very good sized panel, it’s 1080p and still a very good looking panel for sure. On the Google Pixel 4a we have a 5.81 OLED display, it’s a hole punch display as well (so very little bezel around it), but I would still give the edge to the Samsung Galaxy S10e for having the better panel.

In terms of performance, the Google Pixel 4a is equipped with the Snapdragon 730 chipset, Octa-Core CPU, an adrenal 618 GPU and 6gb of ram. The Samsung Galaxy S10e has the Snapdragon 855 chipset, an Octa-Core CPU, and Adreno 640 GPU and 6gb of RAM on the base model and 8gb of RAM on the top model. In my speed test I saw that the Samsung Galaxy S10e was the faster phone overall, but I did find that the Google Pixel 4a may have been the smoother phone between them.

In terms of camera, the Samsung Galaxy S10e has a dual camera setup, a 12mp wide angle lens and a 16mp ultrawide sensor, the Pixel 4a has a single 12.2mp sensor. Both cameras can do 4k at 30fps but the S10e has the ability of shooting 4k at 60fps, on top of that the s10e also has the additional ultrawide sensor, the pixel 4a doesn’t have that. In my opinion, the Samsung Galaxy S10e wins in the camera department.

To sum up this video, I truly believe that the Samsung Galaxy S10e is the better phone, for almost the same price you’re getting almost a flagship device. However, for a brand new device, the Google Pixel 4a is pretty hard to beat at that $350 price tag. Is the Pixel 4a perfect? Absolutely not, but it’s a very well rounded device for the price. 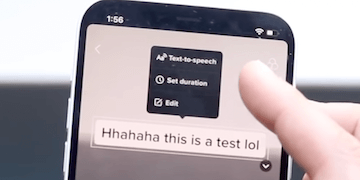 How To Do Text To Speech On TikTok!

Welcome back everyone! if you’ve been going on TikTok any time recently then you know that there’s basically this huge trend of text to speech. Lets go ahead and do this, start off by opening Read more…

How To Connect Any Bluetooth Headphones To Xbox One!

Welcome back everyone! Let’s go ahead and connect a set of Bluetooth headphones to a Xbox One! The process is pretty much this: we are going to be using some sort of device as a Read more… 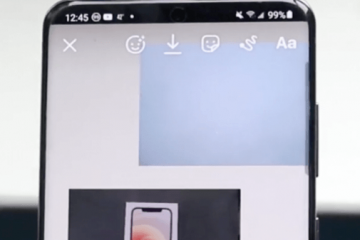 How To Add Multiple Photos To Instagram Story! (Android) (2021)

Welcome back everyone, i’ll go ahead and show you exactly how to post an instagram story with multiple photos on your Android phone! On your android device make your way over to the Google Play Read more…